It all started when a group of individuals interested in toy trains got together and formed the Wichita Toy Train Club. The group first met in January and in February the club was officially formed and club officers were elected. The club's first major
project was the design and building of a 12-foot by 16-foot operating layout
for the Children's Museum of Wichita. The layout (referred to as the Children’s Layout) was constructed in the old Henrys building in downtown Wichita. The layout was finished in late summer of the year.

The club then decided to build an O gauge modular layout which was kept in storage and setup at local and area train shows. During the following years club members met monthly at different locations to conduct club business. Thursday evenings were scheduled work nights to maintain the “Children’s Layout” which for many years was on display at Wichita’s Children’s Museum.

​2000
The club opened a 1,400 square foot area suite in the Pawnee Plaza Mall named Train-Mania. Both the Children’s Layout and the traveling O gauge module were then able to be setup at all times.

The club moved to a larger suite in the lower level of the Twin Lakes Mall and was dubbed "Train Mania II". It was at this location where the club built it’s second modular layout in S gauge.

WTTC became incorporated, and in July 2003 received its 501c3 status.

The club celebrated it’s Twentieth Anniversary with visits from O-Gauge
Railroading magazine editor Jim Barrett and the M.T.H. VP of Sales &
Marketing, Rich Foster. WTTC and its Taggart Railroad layout appeared as
feature articles in the December 2007 issue of OGR.

WTTC moved to our permanent home at 130 S Laura in Wichita. Come See Us!
We have various layouts arranged throughout the building for your enjoyment.

"The Wichita Toy Train Club" (WTTC) is an organization of collectors and operators for both classic tinplate and current hi-rail trains. Club members are generally oriented toward "O-gauge" (Lionel, MTH, Atlas, Williams, Weaver, Marx) and “S-gauge” (American Flyer). Some members are also interested in the larger "G" and smaller "HO" and "N" gauges, with some extensive layouts house at our museum. Come visit us, and we can put you in touch with many other model toy organizations.

Find out what drives us to do what we do.

Reach us by email. 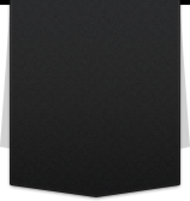